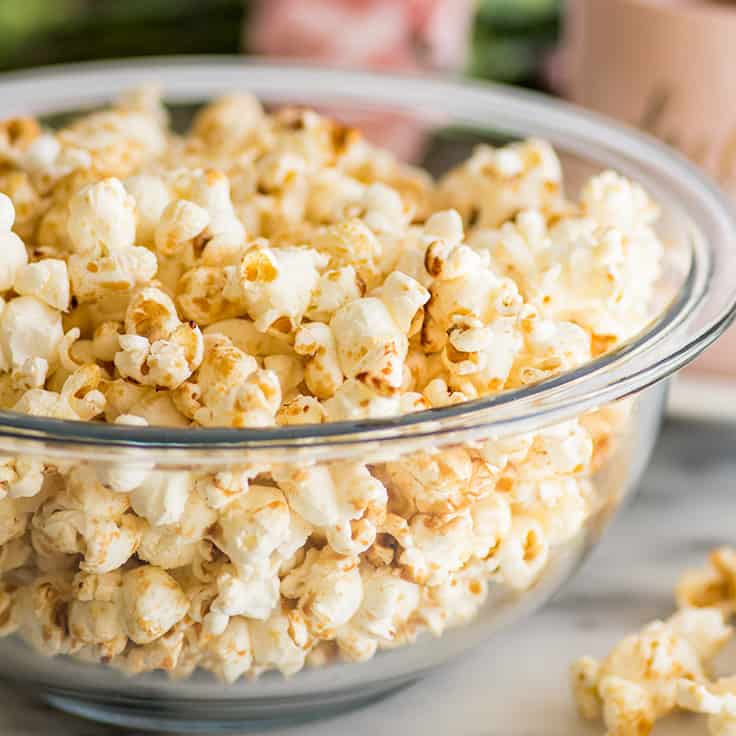 Everyone has their own guilty pleasure food, particularly during the summer. For some people it may be ice cream, but if you reside in Ohio, kettle corn is a must have! There is something special about the sweet-and-salty flavor that kettle corn has that makes it addictive. During summer time, at locations like the Chippewa Lake Flea Market, you can smell the aroma of freshly made corn the 1st Sunday of each month. Have you ever stopped to consider where kettle corn came from? Here you’ll discover the history of the American favorite food.

Throughout the 18th century Dutch settlers in Pennsylvania would bring cast iron kettles to fairs and festivals. They warmed the butter to temperatures high enough to throw dry corn kernels to the kettles. They would use wooden utensils to stir the corn, as the kernels popped they’d add honey or sugar to caramelize the popcorn. When they have been finished making the popcorn they would throw salt over the freshly made pot corn.

The ease of this, should not cause you to underestimate the flavor. There are numerous sugary additions that improve the flavor of the freshly made popcorn. Before modern times American leaders would sweeten their pot corn using molasses, cane sugar, or honey. Honestly, using different ingredients to sweeten pot corn opened the door for a new flavor palate. Most families buy pre-made microwave bags.

Nowadays many Americans are introduced into kettle corn by visiting state or county fairs, flea markets, craft shows, festivals or carnivals. Your parents and grandparents might take one of these fun events throughout the summer and indulge in this sweet treat.

If you are feeling ambitious enough to create your own kettle corn, regular white sugar works just fine. Sugar isn’t everything that you will need to create kettle corn; in addition, you need the appropriate equipment. For the typical cook at home you will have to add corn oil into a large pot over moderate heat. After the pot is the ideal temperature add the popcorn kernels and stir. For another 3-4 minutes shake the pot when adding the sugar. It’s important to eliminate the fresh kettle corn out of the pot before serving. The sugar has caramelized in the pot, the heat from the pot will cause the rest of the sugar to burn and stick.

Movie theaters throughout the Great Depression began offering popcorn in concession stands. Popcorn is fast to create, mobile, cost effective, and yummy. After this became a fad for moviegoers there was no stopping the popcorn bandwagon.

How can popcorn kernels pop?

There are lots of varieties of corn, but just”popcorn” will popup. Researchers have figured out that popcorn kernels have sufficient water to cause the corn to pop. A tough skin, called a hull, encloses the water inside the kernel. Meanwhile, since the kernel heats up, the water becomes steam and the pressure causes an explosion of deliciousness we understand as popcorn!

There’s been much debate about whether popcorn is a vegetable or grain.